For the 3rd year in a row, we are honored to be asked back to this year’s 2017 Craft Brewers Conference held in Washington, D.C.!

Thousands of brewers are prepping to head to Washington, D.C., from April 10-13 for the 34th Annual Craft Brewers Conference (so am I). For the third year in a row Biloba Brewing has been asked to formulate a beer to be served during the conference. This year Biloba has been asked to send two beers to the conference with one being our Irish Coal Miners Stout.

We have also been busy formulating and brewing a Golden Ale using a new barley variety call Synergy from Briess Industries and a specific yeast T-58 from Fermentis.

In formulating the beer we were looking to showcase the flavors that come from the yeast through a high fermentation temperature rise as well as a clean malt flavor from a USA grown and Wisconsin malted barley (we did add a secret spice). The beer statistics are: 25 IBU, OG 18 Plato, FG 1.5 Plato, 2.5 SRM, 9.0% ABV.

Watch our social media for the announced release of this currently un-named Golden Ale that will be available on tap and in growlers soon. 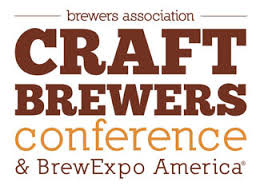